The Freewing Stinger 64 is one of the best values in RC EDF jets. It has good speed and great flight characteristics right out of the box. We think the Freewing 64mm EDF jets are some of the most entertaining jets out there. The Stinger 64 is built from durable EPO foam and uses nylon hinges which are superior to a foam hinge. Hand launching and belly landing is a breeze. Plane goes together rather easily. Be sure to check the little plywood blocks that the wing attach screws go into are lined up correctly. One of mine was misaligned. I balanced the plane using a 3s 1800 40c lipo in the mid range of the specs. Instead of using the little finger holds for hand launch, I found it easier to grasp the fuselage behind the wing, go to full throttle and give it a strong toss at about 30-40 degrees upward. After a little trimming, she flies beautifully. I used the low rates from the website. I get 3 minutes of mixed throttle flying with this set up, more high speed than slow. Very nice sound for a little jet. My big issue is the speed control does not get cooling air. I touched it after flying at 80 deg ambient temperature, and it was really, really hot. I'm surprised I didn't get the white smoke of death. So I cut away the center part of the heat shrink material from the heat sink side of the controller and epoxied (JB Weld high temp) a small piece of machined aluminum heat sink material to the controller. I cut a hole in the side of the fuselage and epoxied the speed control in place so the heat sink will now be exposed to the motor intake air flow. Fun little jet to fly. If you are flying in warm weather in stock condition, be sure to wait a while between flights to let things cool down.

Fit a 3 cell lipo and launch for 3 mins of fun. not ballistic but fast enough to enjoy. Runs on relatively cheap 3 cell lipos. I had loads of 3 cells with no home but now I have. i was going to swap out the edf for 4 cell/12 blade unit but needs a fair of hacking so left it as stock 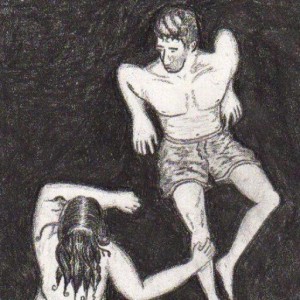 My wife bought the Stinger 64mm EDF for my holiday present this past year, and while UPS routed it on the grand tour, causing it to arrive late, it's been an awesome gift. I ordered the optional landing gear for it, as our club's runway is packed dirt, and I wanted to avoid both scratching the underside on landings, or flinging bits of rock and such into the intakes to possibly ding the fan. I also ordered a Sky Eagle gyro and installed it, figuring that stabilizing it a bit more while learning wouldn't hurt. My first flight, the gyro gain was a bit high, and the plane rocked back and forth quite a bit. I was still able to land it safely, and after adjusting the gyro per advice from folks on the Hobbysquawk forums, the second flight was much better. With the recommended 3S 1600 mAh 30C battery, I have no problem with rolling take-offs on the gear, and she cruises nicely around the pattern with the throttle backed off after reaching altitude. Before the first flight, I did check my control throws, and programmed in lower rates and expo, as with full rates, the control surfaces have a lot of deflection. I'm up to eight flights on her now, and my focus at this point is refining my landings. This jet has a lot of pluses for a first EDF - for one, it doesn't break the bank to buy it, so I also don't have that thought in the back of my mind of, "If I crash this, I'm out hundreds of bucks." It's simple to assemble and set up, and uses a relatively inexpensive battery. It has enough power to get up and go, but it's such that a pilot doesn't have to go all-out just to keep it in the air. It's no frills, without flaps to think about, and the optional landing gear is fixed, so remembering to drop the retracts isn't part of the learning curve, either. It's small enough to easily carry in almost any vehicle, but most of all, it's fun. About the only minuses I've found so far is that, with the landing gear installed, airflow through the battery compartment and across the ESC is limited. After my flights, I immediately take the battery out to cool off, and leave the canopy off to allow convection flow. The only other minus is that the blue color, which I really like, can sometimes be a bit harder to see against the sky. I haven't lost orientation on the plane, but it doesn't stand out like higher contrast colors would. All in all, this is a great little jet for a modest price, and I'm looking forward to more flights with it.

I have 7 flights on this plane since its arrival last week. I fly at 3500' AMSL and no problems with power at that altitude. This plane is fast, even on 3s power. Fly's great at 3/4 throttle, turns are crisp. I mixed in a touch of rudder with ailerons. "AILERONS"!! So much fun!

For those wanting to get into flying jets, this is a awesome beginner plane! Comes with an affordable battery option, and flies for almost 4 minutes at full tilt on a Admiral 1800 3S. I would suggest a 3 minute first flight to make sure you still have time though. You may need to get a little foam out to balance at 65mm CG, but only up to the magnet for the hatch. Also a Bonus!: The plane I ordered came with a 4500KV Upgrade motor. The site states a 4300, so check the etching to see what it has.

The most fun you can have without taking your clothes off. This EDF is a blast to fly.

Once I figured out how to reliably launch this aircraft I have been having a lot of fun with it. Very easy to set up out of the box. Remarkably easy and fun to fly and it performs very well. Once I wear this one out, I am sure I will order another or upgrade to the 4S version.

I just received the Stinger 3S version and it looks amazing. I cannot wait to get this in the air. All the pieces are perfectly formed and straight. It should go together very easily. This is my second 64mm EDF belly landing jet and I love these things. We don't have a paved runway at our flying field so these make life much easier. I think I will be the only one flying jets at our field this year. These Freewing EDF jets are a great value for the money and the quality is amazing! Thanks MotionRC!

Flies great!! My first non UMX EDF jet. Landings are easy and flies like it is on rails...